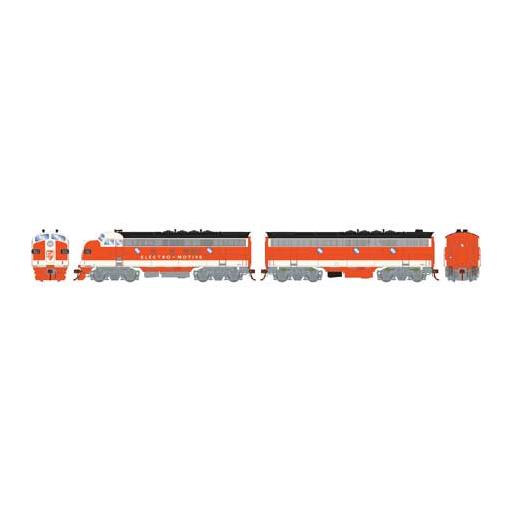 NEW FEATURES FOR ALL F-UNITS IN THIS ANNOUNCEMENT:

This page is based on the copyrighted Wikipedia article “EMD F-unit” ; it is used under the Creative Commons Attribution-ShareAlike 3.0 Unported License (CC-BY-SA). You may redistribute it, verbatim or modified, providing that you comply with the terms of the CC-BY-SA.