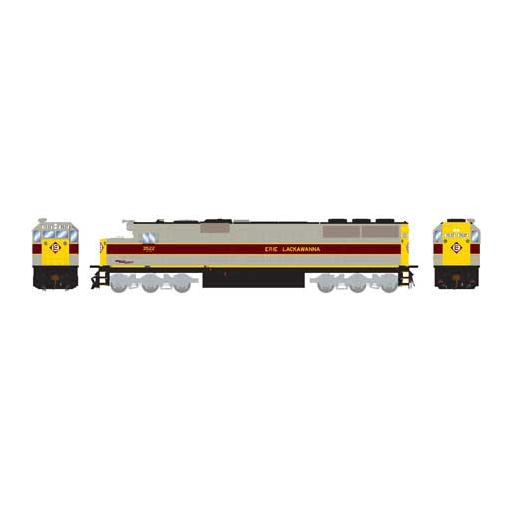 As a result of the search for a higher visibility paint scheme, The Chicago & North Western introduced a new paint scheme featuring a much brighter yellow, often referred to as “Zito Yellow”. The new scheme included new scotchlight vinyl was much more reflective in low light conditions then previous reflective solutions. The most notable addition is the C&NW emblem applied to the nose of some locomotives such as #7003. Engines could still be found in this scheme for some time after the C&NW was merged into the Union Pacific

Shortly before and during the time of the CSX merger, the railroad utilized their fleets of ex-Chessie(C&O) SD50 locomotives as helpers in the Cumberland, Maryland mountains. Heavy coal trains and steep grades required extra tractive effort to successfully ascend the mountain passes. The locomotives were hastily patched or sublettered for CSX and released into service, and were repainted at a later time.

The most modern power to prototypically wear the Chessie System paint scheme was EMD’s SD50. Chessie took delivery of its SD50 fleet over the course of three orders in 1984 and 1985. The first and last group carried C&O ownership markings, while the middle group was lettered for B&O.

The SD50 was produced in response to increasingly tough competition from GE Transportation Systems, whose Dash 7 line was proving quite successful with railroads. While EMD’s SD40-2 was a reliable and trusted product, GE’s line included locomotives up to 3,600 hp (2,685 kW) with more modern technology, as well as very competitive finance and maintenance deals. EMD responded throughout the SD50 program by offering discounts on large orders.

This page is based on the copyrighted Wikipedia article “EMD SD50”; it is used under the Creative Commons Attribution-ShareAlike 3.0 Unported License (CC-BY-SA). You may redistribute it, verbatim or modified, providing that you comply with the terms of the CC-BY-SA.