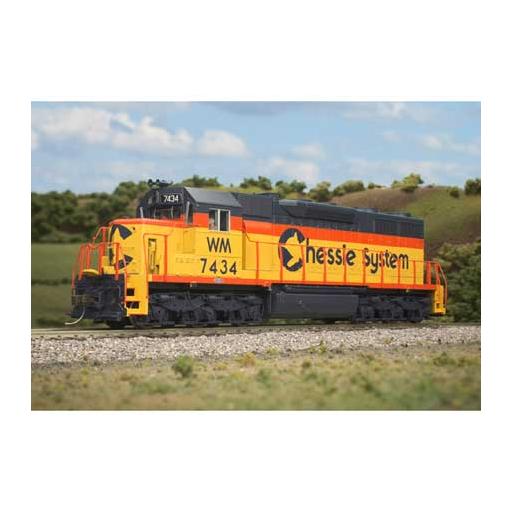 Between 1964 and 1966, EMD built a total of 360 six-axle 2,500hp SD35 locomotives. An additional 35 steam generator-equipped SDP35 locomotives were also built during this period. These were all part of EMD’s “35-Series” which also featured the four-axle, 2,250hp GP35 locomotive. All locomotives included the standard EMD 567-series prime mover. A stock model weighed 360,000 pounds, but many roads chose to add weight to increase the locomotive’s tractive effort. From the mid-1960s through the 1980s, the SD-35 could be found in road service on both large and mid-sized roads across the US. Today the number of active units has dwindled to a select few, including those operated by regional railroad Montana Rail Link.

Atlas’ model incorporates many of the subtle details that differentiated the various SD-35 production phases. This includes the detail of the engine air intake, dust bin, radiator screens, radiator fans, fuel tanks and battery boxes. Other options include a low vs. high nose, and a low nose with our without a standard-style headlight.

The Atlas Model Railroad HO SD35, Undecorated has not yet been reviewed.