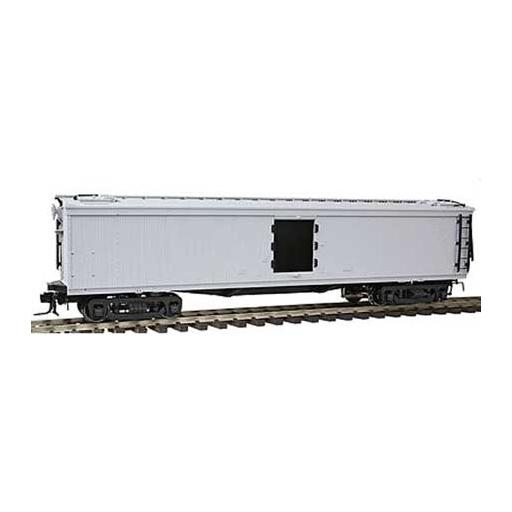 At one time, the express refrigerator car was a common component of the nation's passenger trains. These cars provided fast delivery of perishable, high value crops and goods that demanded the speediest service the railroads could deliver. Since many of the cars were equipped with collapsible ice bunker bulkheads, the cars could double in mail and express package service.

The General American 53' 6" Wood Express Refrigerator cars were among the most common cars of this type used in the US. Not only were they used by many class 1 railroads in express mail and passenger service, they were perhaps best known in the liveries of the express companies, such as American Railway Express and Railway Express Agency.