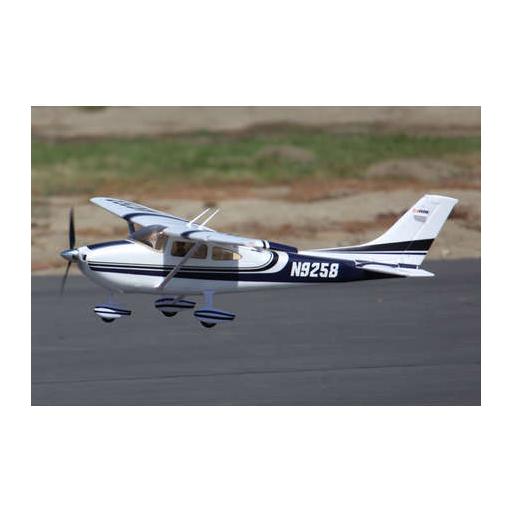 This is a slightly upgraded version of the FMS Sky Trainer V2. The primary change from the previous model is a new shock absorbing nose gear which is more resilient after hard or off-balance landings. This plane is a favorite because of the awesome scale flaps, bright LED navigation lights, and overall level of detail. In addition, we absolutely love flying this plane when relaxing, scale flight is needed. While the plane offers excellent scale characteristics, it is still capable of non-scale maneuvers such as rolls, loops, and inverted flight. Scale landings and takeoffs look fantastic and are equally enjoyable for the pilot and onlookers. We think everyone should have a Sky Trainer in their hangar. We return to this plane again and again even though we have a huge selection of planes to fly.